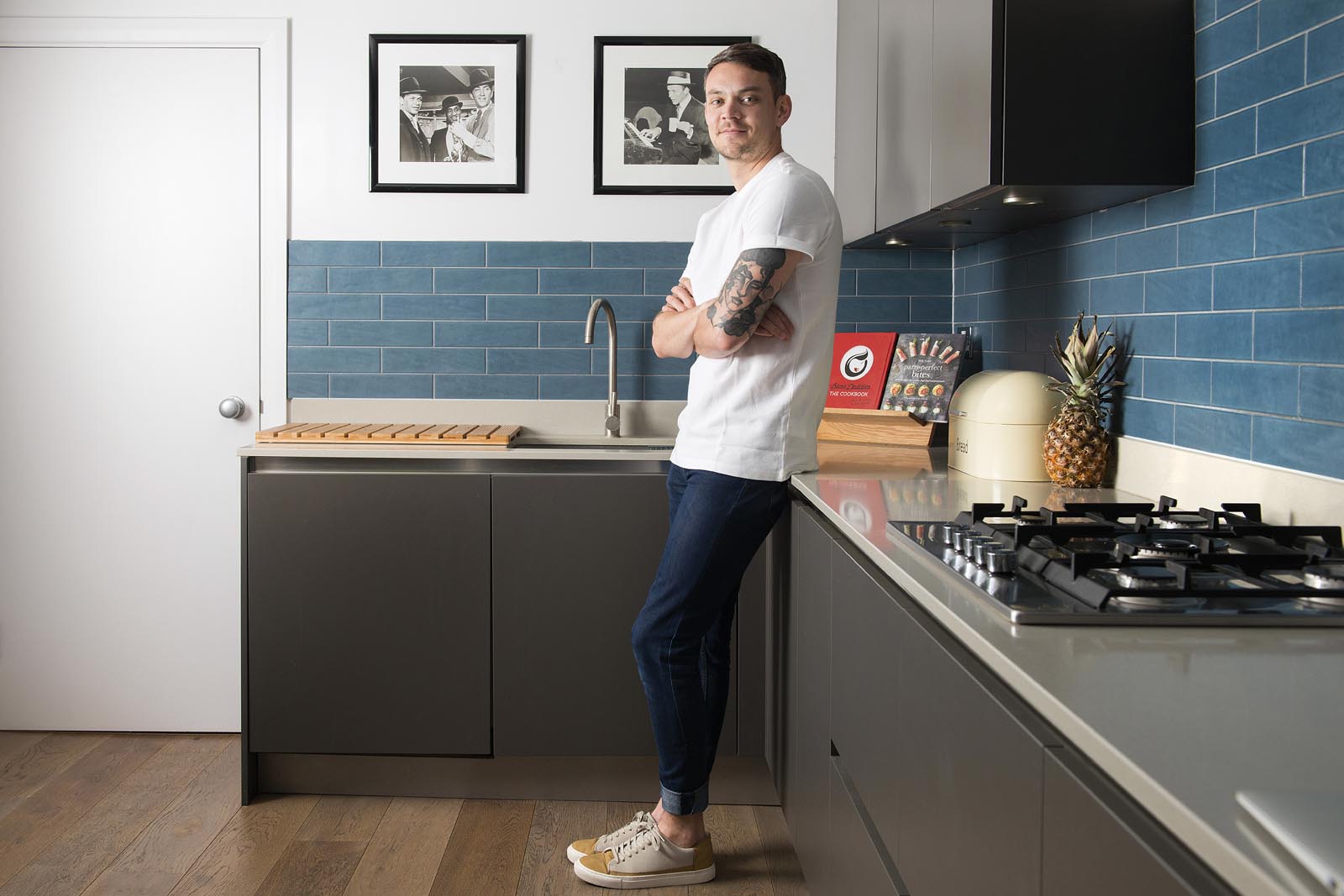 From the moment you meet Miles Angell, it is clear to see he is truly invested in Bethnal Green and the east end of London. He and his brothers bought their first home here, he even met his fiancé here, and if that wasn’t enough to cement it, you may just spot the E2 tattoo on Miles’ collarbone inked by a local artist.

TV producer Miles is London born and bred and has spent the last 7 years living in Bethnal Green. Buying his first flat with his brothers just around the corner on Dunbridge Street, the time came when they wanted to invest in a larger family home that they could all live in together.

In 2013, they found the perfect project, a 3 bedroom, 2 bathroom Victorian house on Vallance Road that they could really make their mark on.

The brothers bought the house from an elderly couple who had lived there for most of their lives “we were really happy to be the next family to create amazing memories in the property” says Miles.

After an extensive refurbishment project, “Apart from the outside and interior walls, every inch of the house including the plumbing and electrics was replaced” all three brothers and a sister-in-law moved in five months later. 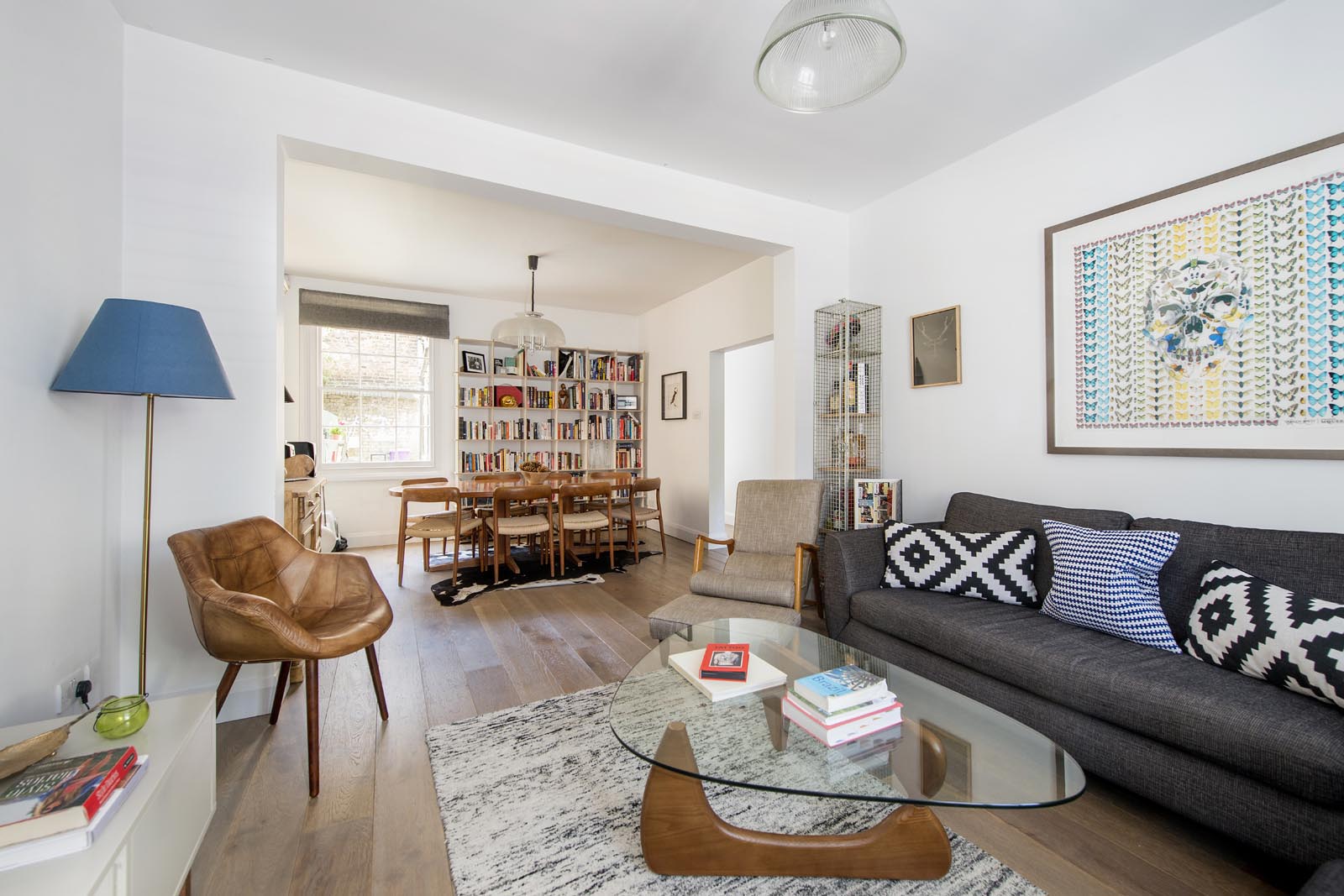 They knocked through the living room and dining room to create a bright and spacious open plan feel and installed bi-fold doors from the kitchen out to the courtyard garden to create a sense of alfresco living. “We also moved the location of the staircase to allow for the eventual building work of a second floor which could potentially include a roof terrace”.

“The first thing everyone says when they walk into the property is how much bigger it is once you are inside” says Miles. From the outside it’s an attractive but unassuming Victorian terraced house but inside the rooms are extremely well proportioned and it has the added benefit of a small south facing courtyard garden, a real asset when outside space is so hard to come by in London. 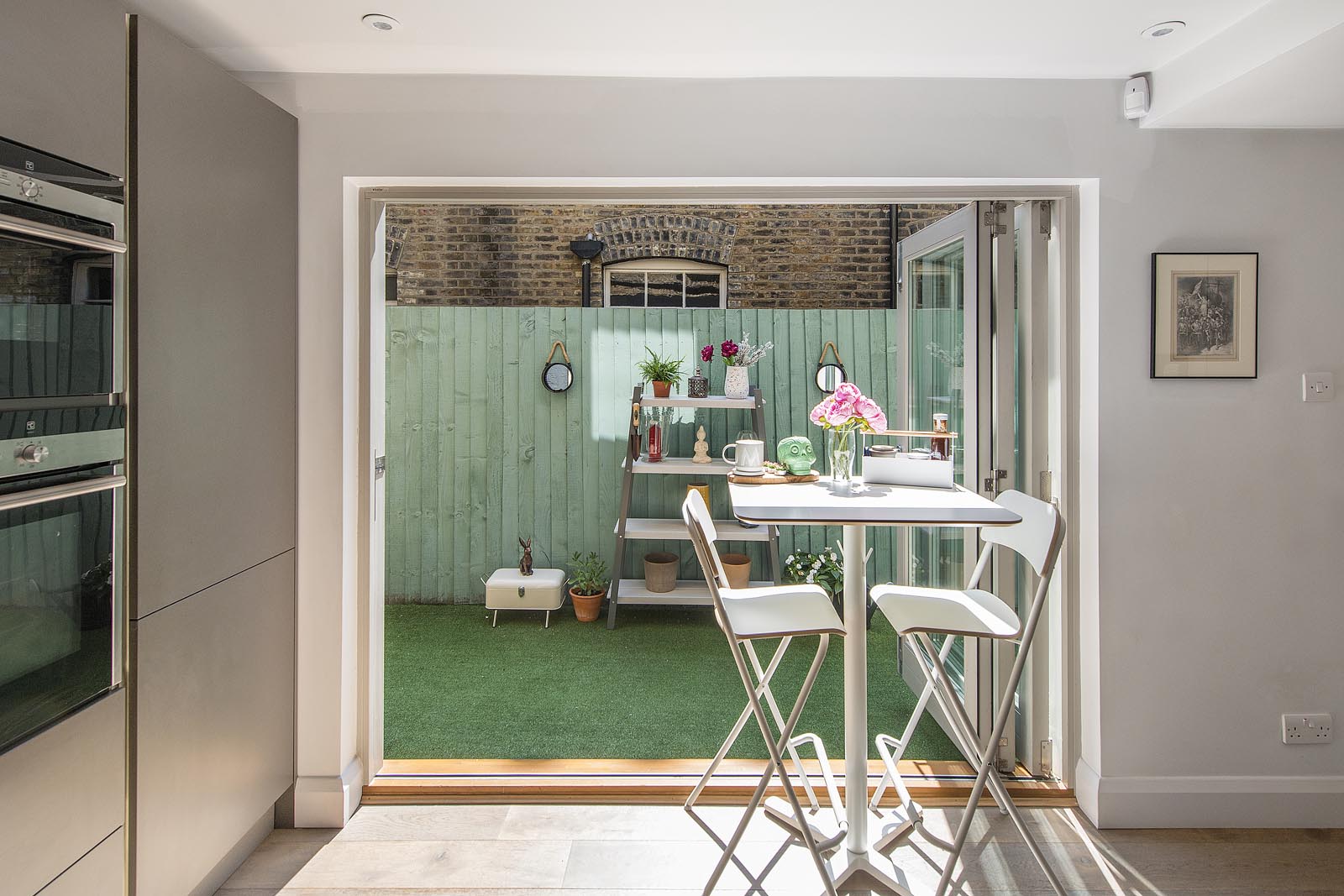 The house is beautifully finished, the brothers have been careful to retain its period character whilst incorporating more modern additions. “I don’t like to take credit for other people’s work” says Miles “so I should say that our mum is the main reason why the house looks like it does. She has an interior design company called Beetroot and has an amazing eye for how a house should look and function”. 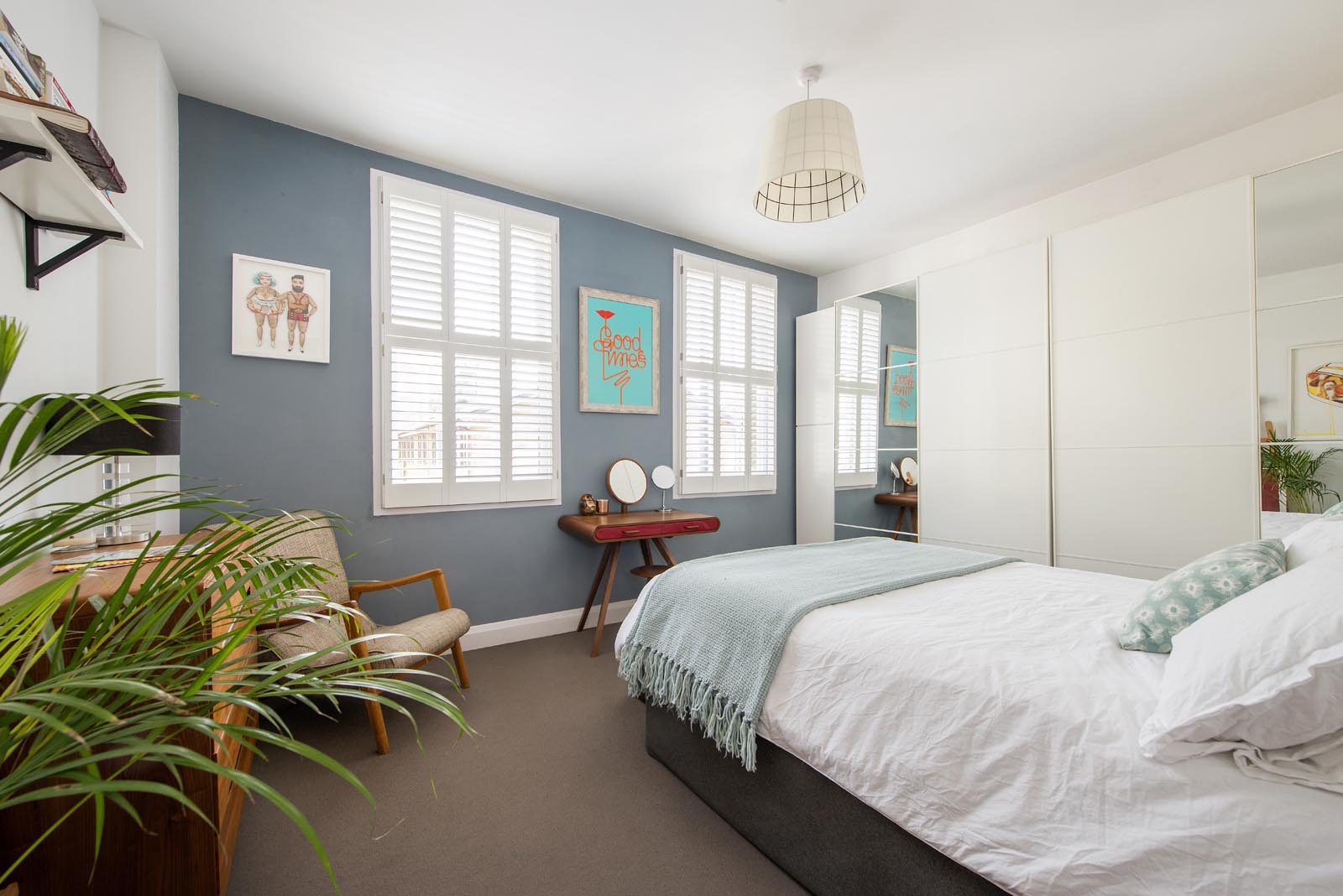 “We wanted our mum to take the lead because my brothers and I all have slightly different opinions and styles, we wanted to avoid muddling the design process as much as possible. That said, the mix is probably down to all of us trying to marry together our different styles the best we can. My younger brother leans more towards modern furnishings, my older brother likes things a bit more retro and I am somewhere in between.

The sense of family along with snippets of each of the brother’s personalities really shows through in the house. “Our Danish dining table and chairs set is probably our biggest pride and joy” says Miles. “it was handed down to us from our Nana and Papa who bought it in Heal’s Department Store on Tottenham Court Road in 1968, it’s still in great condition and is always the first thing people comment on”. 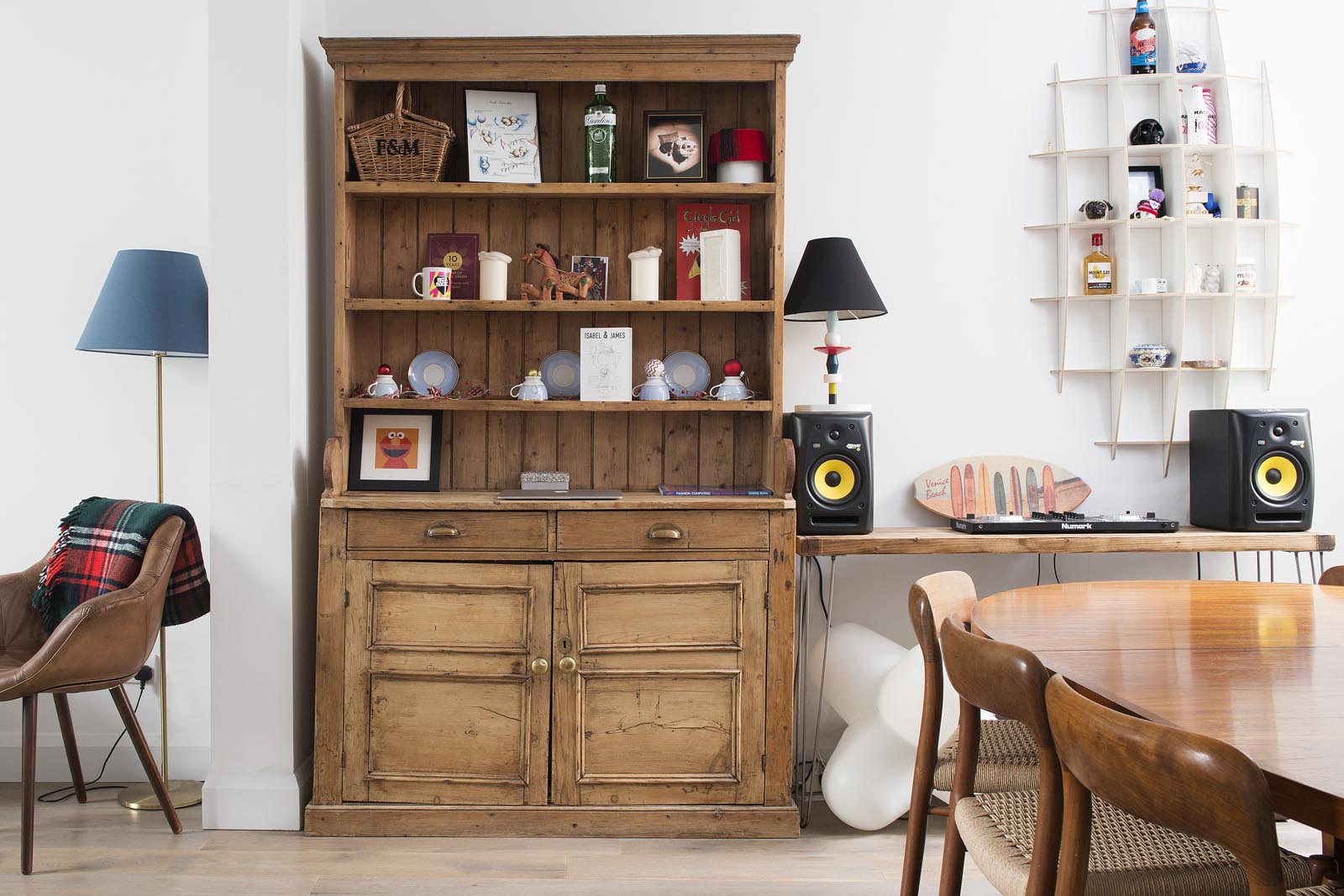 Miles and his brothers are big supporters of buying local and living in the heart of such a creative area, it’s difficult not to be. The house is an eclectic mix of furniture pieces from Brick Lane, art from Nelly Duff on Columbia Road as well as renowned East End artist Dan Hillier.

One of Miles’ favourite pieces is a gold mirror that hangs at the bottom of the stairs. “The second-hand frame was bought from Blue Note on Bethnal Green Road and the mirror itself was made and framed at Frame Land on Brick Lane”. 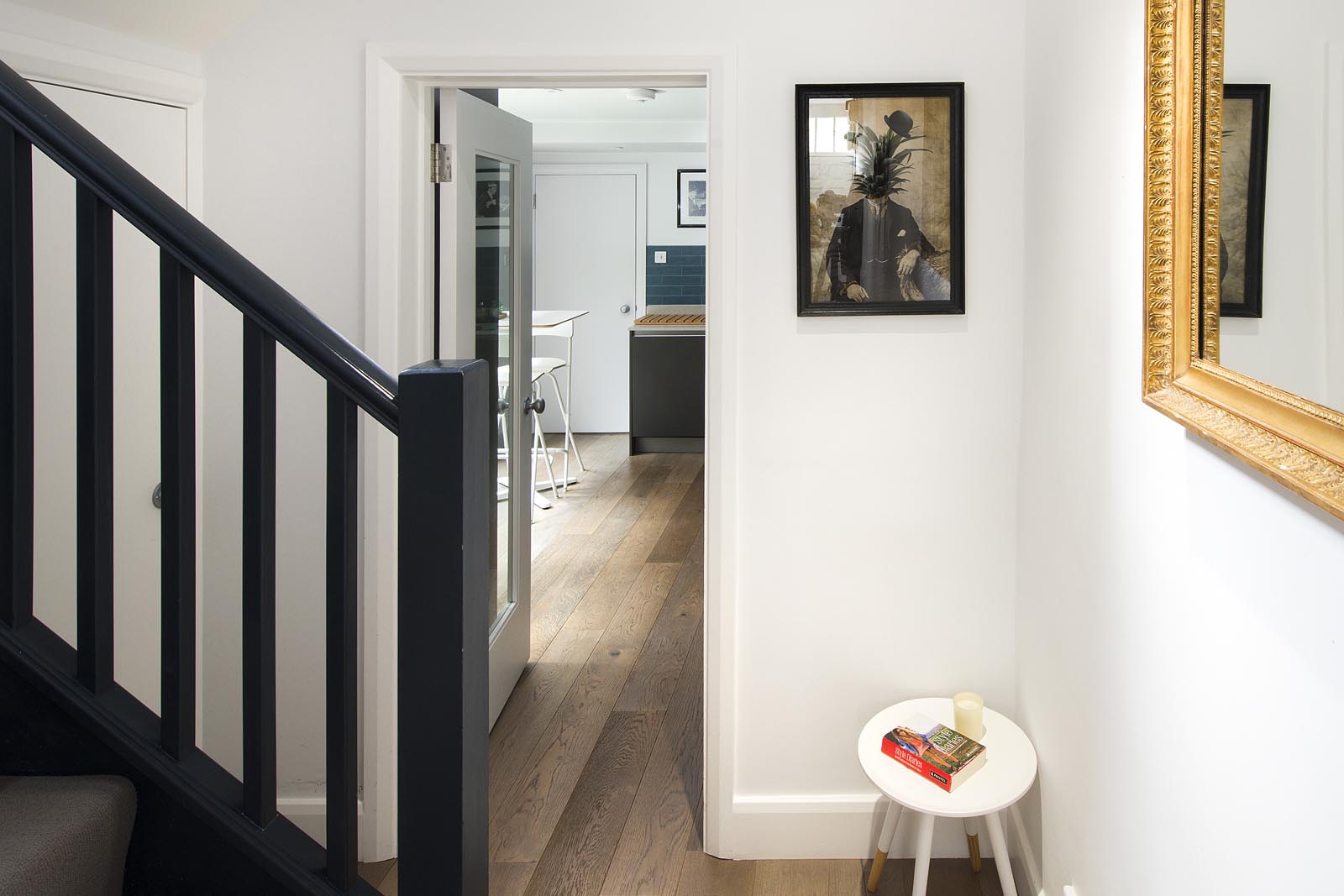 The house is situated in a really convenient location. Equidistant to Bethnal Green, Whitechapel and Shoreditch High Street stations, it’s easy to get just about anywhere.

It is also moments from the shops, eateries, parks and markets the areas has to offer – Miles cites E Pellici, The Carpenters Arms, Columbia Road, Broadway Market and not forgetting Satan’s Whiskers where he took his now fiancé on their first date, as some of his favourite hang outs. Weavers Field is just across the road, with Victoria Park and The Regent’s Canal path within easy walking distance. However, he says, “the area isn’t just about those places, to me it’s about Peter Sargent's Butcher Shop that’s been there since the 80’s, it’s the local newsagents who are so friendly, it’s the family run laundrette; Attaboy who tailor all my clothes, it’s the guys in Cash4Goods that always fix my electrical appliances. Everyone is so friendly even though we all come from different walks of life”.

But now it’s time for a new chapter. Miles’ brothers have both moved out since starting their own families and with Miles’ own impending wedding next year, it’s time for the next step in their lives.

“Various friends and family have moved in and out over the years and in that time I have always tried to maintain a family feel to the house despite the people living here changing, I hope that continues when we leave, and a new family can love the house as much as we do”.

Vallance Road is currently For Sale through EastHaus.

Click here to find out more about the property or to arrange a viewing.