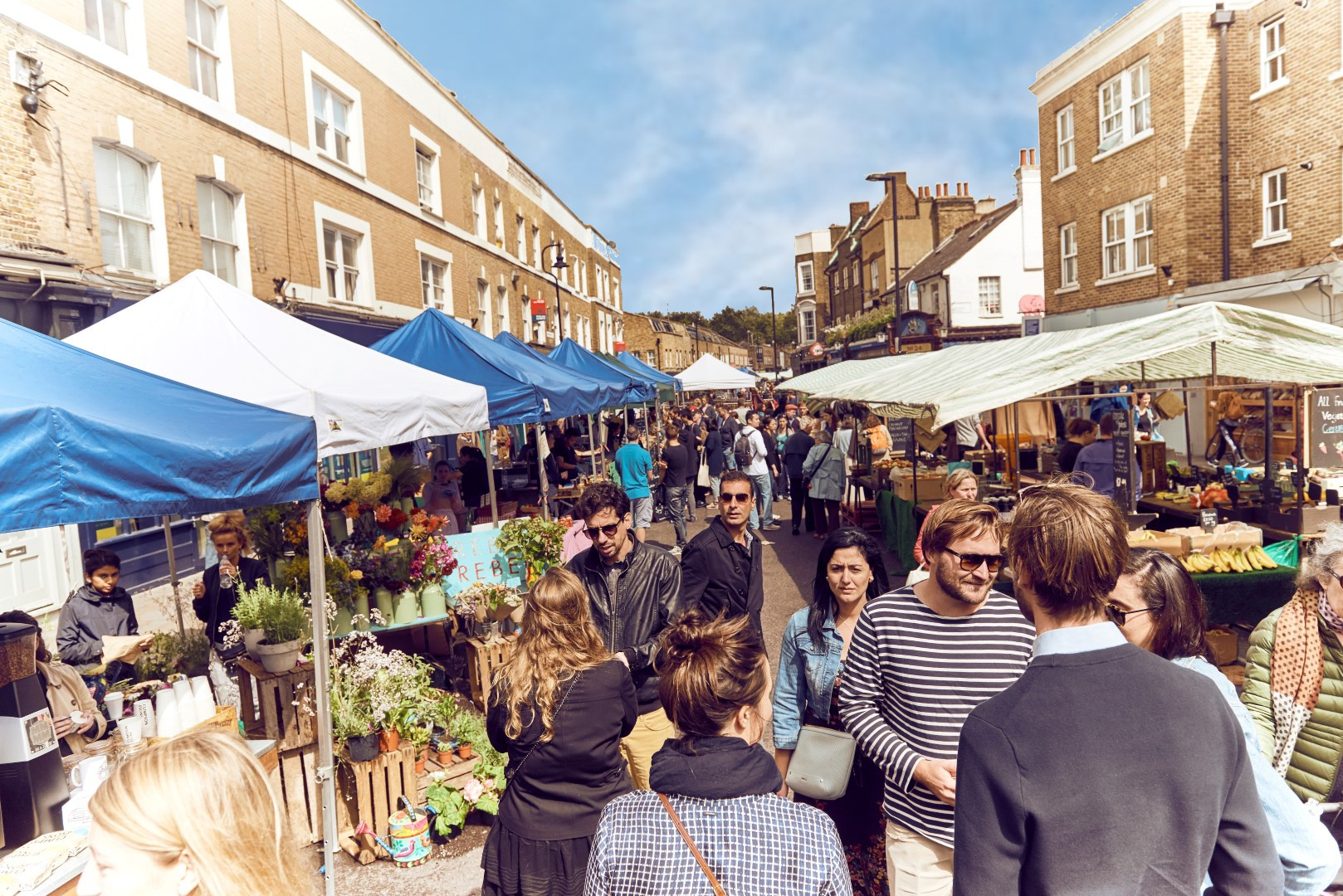 Hidden garden squares, secluded Mews and some of the finest dining in the capital, you may be surprised to hear we're talking about Bethnal Green. But away from its eclectic market mayhem, its narrow back streets and its famous pie and mash shops, Bethnal Green has so much more to offer.

The area does still retain a distinctly East End feel with its daily market on Bethnal Green Road and its hive of activity under the arches however, over the last few years it has started become home to many who would have previously never considered the area.

Property here is a diverse mix, and although the area suffered a considerable amount of bomb damage during the war, look hard enough and you will still find some evidence of its wealthy beginnings such as the large Georgian town houses on Paradise Row. Victorian terraces are predominant, with the Jesus Hospital Estate Conservation Area being one of the most sought after areas to live. A smattering of Georgian terraces and flat conversions are interspersed with period and post war blocks. There are also a number of exceptional factory and warehouse conversions, many with canalside views. We particularly love the tree lined red brick avenues around Arnold Circus and Boundary Gardens where you feel like you've just stepped in to a New York suburb.

The area is also a thriving hub of the east London art scene. The V&A's magnificent Museum of Childhood is here as are a whole host of galleries including The Approach, Turner prize winner Wolfgang Tillman's Between Bridges and East End Pioneer Maureen Paley's gallery of the same name.

Add this to the influx of bars and fine dining restaurants, its proximity to every hipster's favourite; Columbia Road Flower Market, plus the green open spaces of nearby Victoria Park and its convenient transport links, Betty G is appealing to everyone from first time buyers and new families to creatives and city workers all wanting a bit more space for their money with easy access to the City and central London.

The Common: This is the first stop of the day for us, every. single. day. Roasting Shed coffee and Estate's Dairy milk makes all the difference. Food is also insanely good. All homemade and all so very tasty.

Second shot coffee: Exceptional coffee for a great cause. This coffee house is helping to tackle homelessness by employing, training and supporting the homeless to help reintegrate them back into society. It also has a ‘pay it forward’ system, where customers can pre-pay for food and drink, so someone in need claim a free meal or hot drink. Workshop Coffee and Square Mile are just a couple of the roasters used so you know the coffee is gooood!

Pavilion: One of the few shops to open on Columbia Road during the week. These guys know their coffee and the cinnamon buns are pretty awesome too.

The Well and Bucket: An ale selection longer than Bethnal Green Road, exceptional food (especially for oyster lovers) and a little secret down below!

The Sun Tavern: A traditional pub with a speakeasy twist. Originally established in 1851, the drinks menu is a mix of old and new with a great selection of local ales and some punchy cocktails. You can even have a (once illicit) Poitín tasting.

The Star of Bethnal Green: Cocktails, Karaoke and a Discotheque! Say no more!

Saint Sugar of London: Exquisite French patisseries and artisan bread, lovingly homemade with something for everyone - gluten free, paleo, vegan, raw, you name it, they do it.

Corner Room: Fine dining at its finest and in the beautiful surroundings of Bethnal Green’s Old Town Hall.

Sager + Wilde: Wonderful food and wonderful wine, hidden away under the arches of Paradise Row.

E. Pellicci:This well known haunt has been serving full English breakfasts since 1900! It has even been awarded Grade II listed status by English Heritage. The Gallery Café - this tucked away gem is a non-profit vegan and vegetarian café that will tempts even the most staunch carnivores with its mouthwatering dishes.

Bistrotheque:Hidden away on the first floor of a rather inconspicuous industrial building is a beauitful white dining room with equally beautiful food. Book ahead though as this place gets uber busy, especially at weekends.

V&A Museum of Childhood: Rediscover your inner child at this fascinating museum. One of the world’s finest collections of children’s toys, doll’s houses, games and costumes housed in a beautifully refurbished 18th century building.

York Hall: One of Britain’s most renowned boxing venues and a fantastic day spa with original Turkish baths from the 1900’s.

Shop 'Til You Drop:

Columbia Road Flower Market: Open from 8am – 2pm every Sunday, this eclectic market has a stunning array of plant and flower stalls alongside a host of independent shops and galleries.

Calvert Avenue: This quiet tree lined street tucked away behind Shoreditch High Street reminds us of New York's West Village. The street is briming with independent retailers selling everything from clothing and coffee to homeware and jewellery, it's a shopaholics paradise.

And while you're there, you must pop down the road to Arnold Circus and dine at another of East London's best kept secrets - Rochelle Canteen.

Click Here to see all our currently available properties in the area.