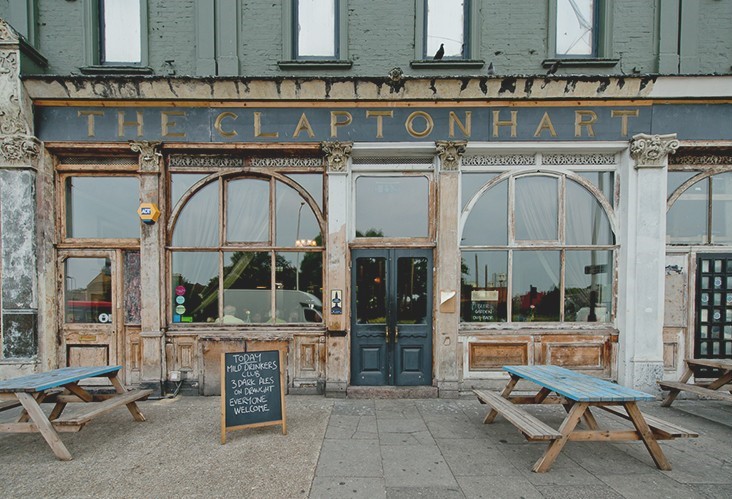 Clapton (or Clopton; apparently meaning farm on the hill, as is was originally named) is another neighbourhood that has benefited from a sprinkling of Olympic gold dust. Just under a decade ago, Clapton's main thoroughfare; Upper Clapton running south to Lower Clapton, has a fairly insalubrious reputation but 10 years on and things are very different.

Good schools, good transport links, lots of green open spaces and oodles of independent shops, bars and restaurants have turned Clapton into one of East London's most sought after areas. It is particularly popular with couples and young families seeking more space for their money than more central London locations.

Property here is predominantly made up of Victorian terraces; being a mix of traditional houses and flat conversions, interspersed with post war blocks. The area around Clapton Pond retains some impressive Georgian architecture and of course new build developments are starting to become more prevalent although much this is found around the interchange at Lea Bridge roundabout and onto Lea Bridge Road.

Our pick of Clapton’s top spots:

The Tram Store: Located in the old Clapton Tram Depot with insta-worthy interiors. Eat, drink, shop and even hire the place but most importantly, damn good coffee!

Lion Coffee + Records: Does exactly what it says on the tin. Coffee (Allpress to be precise) and records! Courtney Love has even performed a gig here. Way too cool for school.

The Clapton Hart: One of the area's longest running 'boozers', it's gone from stagecoach inn to public house to several fairly ill-reputed nightclubs but was refurbed in 2012 back to traditional boozer complete with beer garden for summer months and a cosy fire for the winter along with locally brewed beers and mouth-watering British pub grub.

Princess of Wales: It's fab location on the river means you will often be fighting for a table, but the service is so spot on you shouldn't be hanging on too long and you could always prop up the bar while you're waiting. 'The best roast in Hackney' they said, we'd say they aren't far wrong.

The Elephants Head: Beautifully restored 18th century pub that, their own words "respects old school Hackney, while embracing new East London culture to create a favourite neighbourhood hangout" can't say fairer than that! and the food is pretty good too!

Matilda's Sake bar: Music and Sake, A LOT of sake.

Biddle Bros: Builders merchants on the outside, only for old school ravers inside.

Les Nenettes: Given the choice, we'd probably eat here for breakfast, lunch and dinner! two things (amongst many others) the French do very well - food and wine! French chic without the travel.

My Neighbour The Dumplings: Love, love, love this place. It's cool, it's glam, the hand-crafted dumplings not only look like works of art, but they taste insane too.

P Franco: An exceptional little wine bar/shop with a supper club style communal dining table. Food is cooked and served right in front of you and chefs and menus rotate every few months. It's like being at your mate's dinner party except you don't have to help wash up afterwards.

Cafe Miami: Brunches that only dream are made of! Toasted banana bread with Nutella, American waffles with bacon, maple syrup and blueberries, avocado on toast with grilled halloumi and chiil jam...need we go on.

Lele's: A vegan cafe that prides itself on promoting ethical consumerism. Breakfast here is a serious matter and so tasty that it'll satisfy the staunchest of meat lovers.

Le Merlin: You may note a French theme emerging in our choices but hell, what's not to love about crepes! Sweet and savoury with all cheese, flour and charcuterie straight from the country itself.

Shop 'Til You Drop:

Darling and Gold: Another fab lifestyle store for the modern vintage lover, including Skandi inspired furniture with an English twist.

Pages of Hackney: An eclectic independent bookshop with floating record shop 'The Record Deck' in the basement.

Wild and Woolly: Knitting made cool again! yarns, kits, books and classes for even the most novice knitter.

The Castle Cinema: Hidden above Eat17 on Brooksby's Walk, the duo behind hot tub cinema and pillow cinema have successfully crowdfunded a campaign to bring this early 19th century single screen cinema back to life. Much of its ornate decor has been retained and restored including the beautiful proscenium arch and curved ceiling.