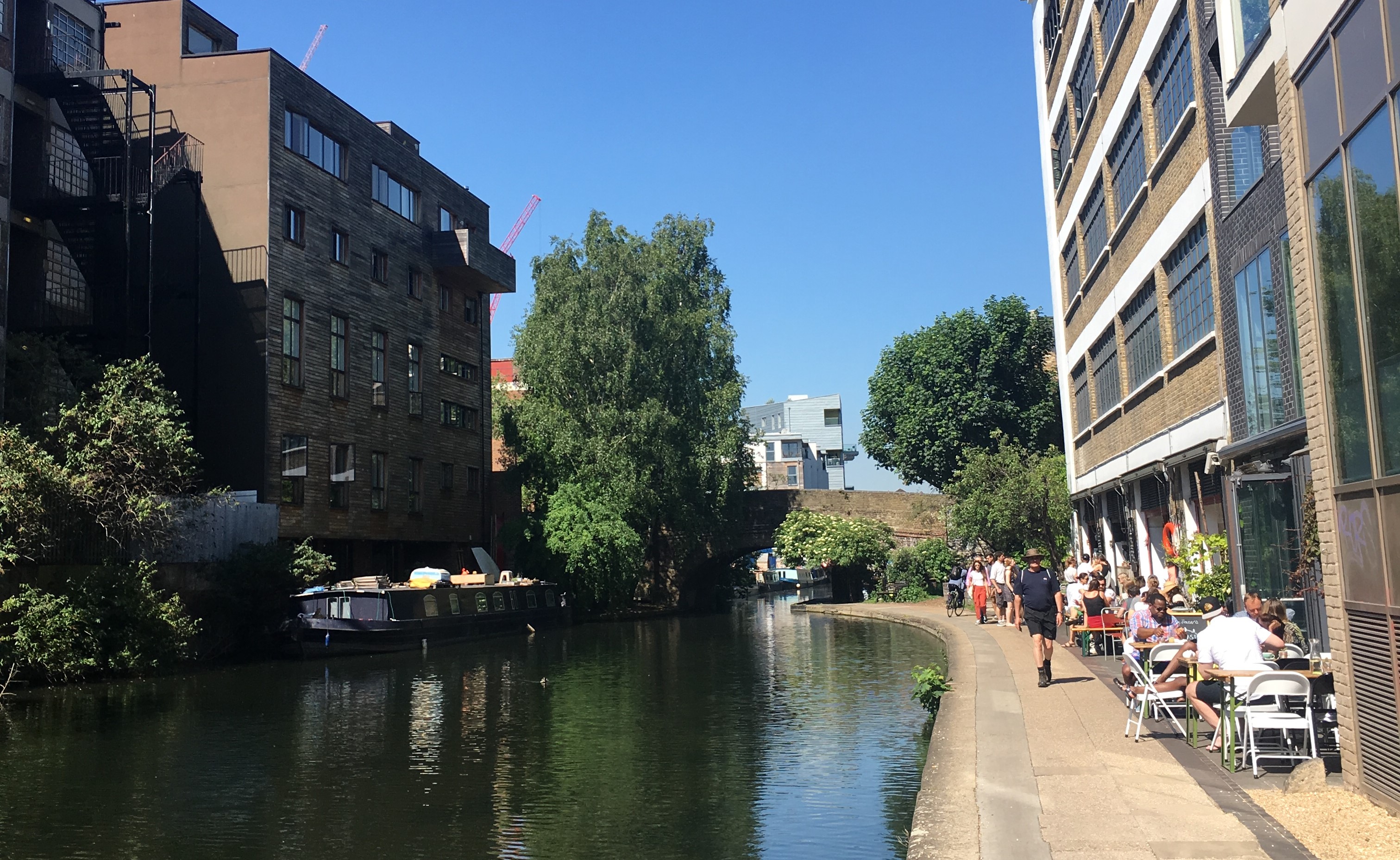 Haggerston is a relatively new kid on the block to be defined as a neighbourhood. For years a quiet backwater, this little pocket of East London really only secured its place on the map after the opening of its own overground station in 2010. Which then opened it up to the wider London network. Since then it has been snapping at the heels of its hipster cousins Hoxton and Shoreditch to the west, Dalston and London Fields to the north and Bethnal Green to the south, to become a highly sought after location to live.

Although its outlying boundaries vary depending on who you speak to, Haggerston is intersected by The Regent’s Canal which is the real epicentre of area. In fact, this picturesque stretch between Kingsland Road and Broadway Market is often now referred to as the Haggerston Riviera with many of the old wharfs and warehouses now converted into flats, artist studios and riverside hangouts.

Housing stock has improved drastically since the 90’s with many of the old housing estates refurbished, disused public buildings converted into private homes as well as a number of new build schemes cropping up; the largest being the impressive City Mills development.

Haggerston also has a beautiful park built in two parts over the 50’s and 80’s. The older part encompasses formal landscaped gardens and a pergola walk with the newer side being home to Hackney City Farm. The park also has a number of sports facilities as well as a children’s playground.

The location of the area along with its well established transport links make Haggerston a popular choice to live for young professionals who work in the City and Silicon Roundabout as well as the growing community of creatives who both live and work here.

Our pick of Haggerston’s top spots:

The Fox Craft Beer House: The name says it all. In fact, so much so that they even have a craft beer vending machine. Oh, and not forgetting a great roof terrace.

TBerber & Q: Insanely tasty food. The bits and dips, the mezze, the meats, oh the meats – all just so very good.

The Premises Café: Attached to famous Premises music studios, this uber cool hipster hang out is THE place for a fry up. £5.95 for a full English, including a fried slice we might add, and a cuppa. We’re in there like swimwear!

Something A Little Different:

Draughts – Board Game Café: Who doesn’t love a board game? And this place has over 600! Paired with good food, beer, wine, tournaments, themed evenings and design workshops, what’s not to love!