By clicking “Accept All Cookies”, you agree to the storing of cookies on your device to enhance site navigation, analyze site usage, and assist in our marketing efforts. View our Privacy Policy for more information.
PreferencesDenyAccept

We know the East. Let's talk. 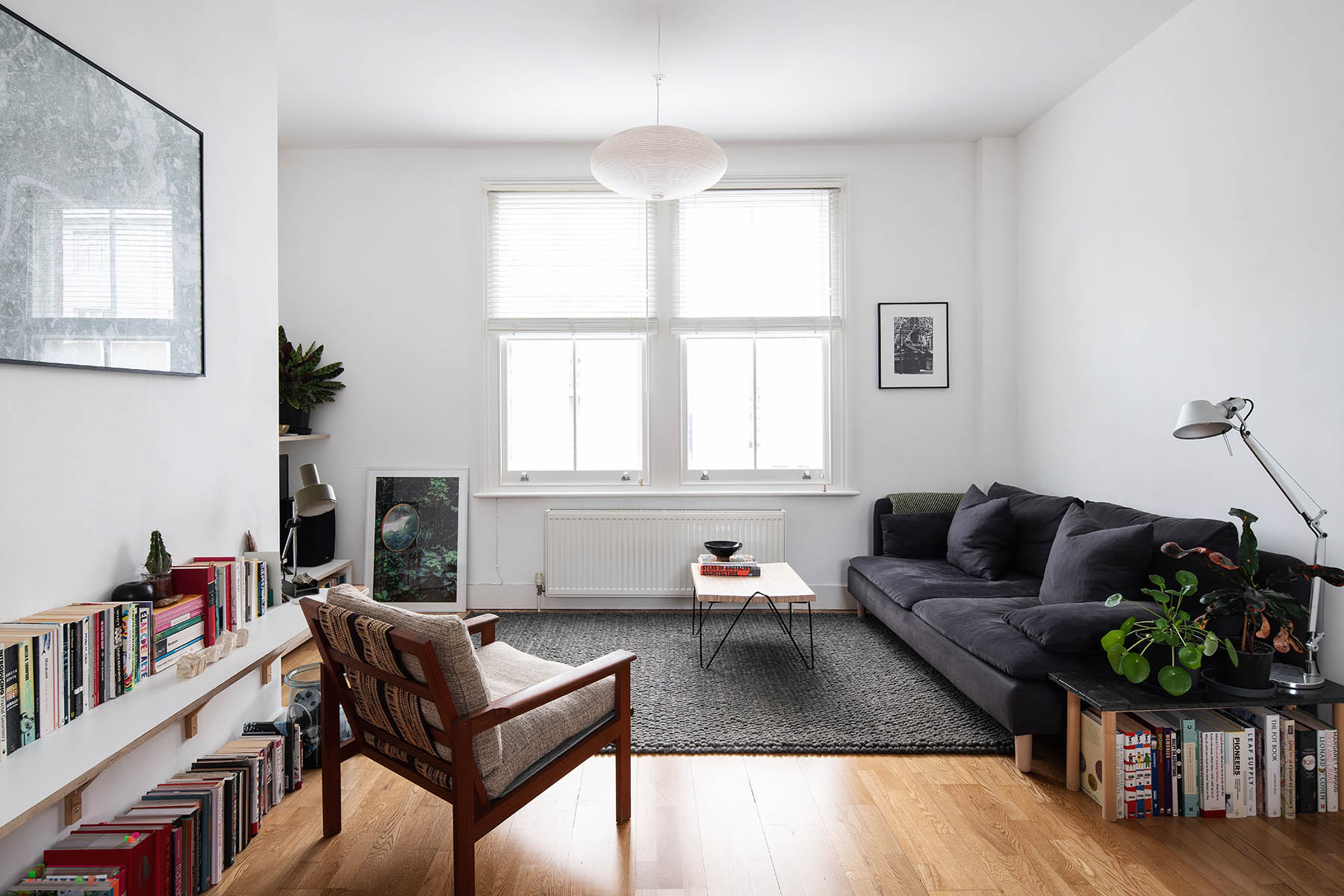 A beautiful 2 bedroom Victorian maisonette arranged over the top two floors and boasting a private terrace. This elegant home sits within the Old Bethnal Green Conservation Area and was built circa 1900, offering effortless charm and kerb appeal. Inside, a neutral and contemporary aesthetic blends perfectly with period features including (double glazed) sash windows and wood floor boards. Temple Street sits on the edge of Bethnal Green and neighbouring Hackney, perfectly located for both Columbia Road and Broadway Market.

The property has a bright and airy feel to it with high ceilings, a neutral palette and an east to west aspect which ensures great natural light all day. Benefitting from its own front door, as you head up the stairs there is a convenient area for coats, shoes and bags which opens out on to a well proportioned kitchen, living and dining area with a dual aspect and door leading out on to a private west facing terrace - perfect for enjoying afternoon sun. With engineered wood flooring and large double glazed sash windows, the kitchen window looks on to the terrace and there is useful storage in the form of a utility area set back from the kitchen which leads on to the fully tiled bathroom. 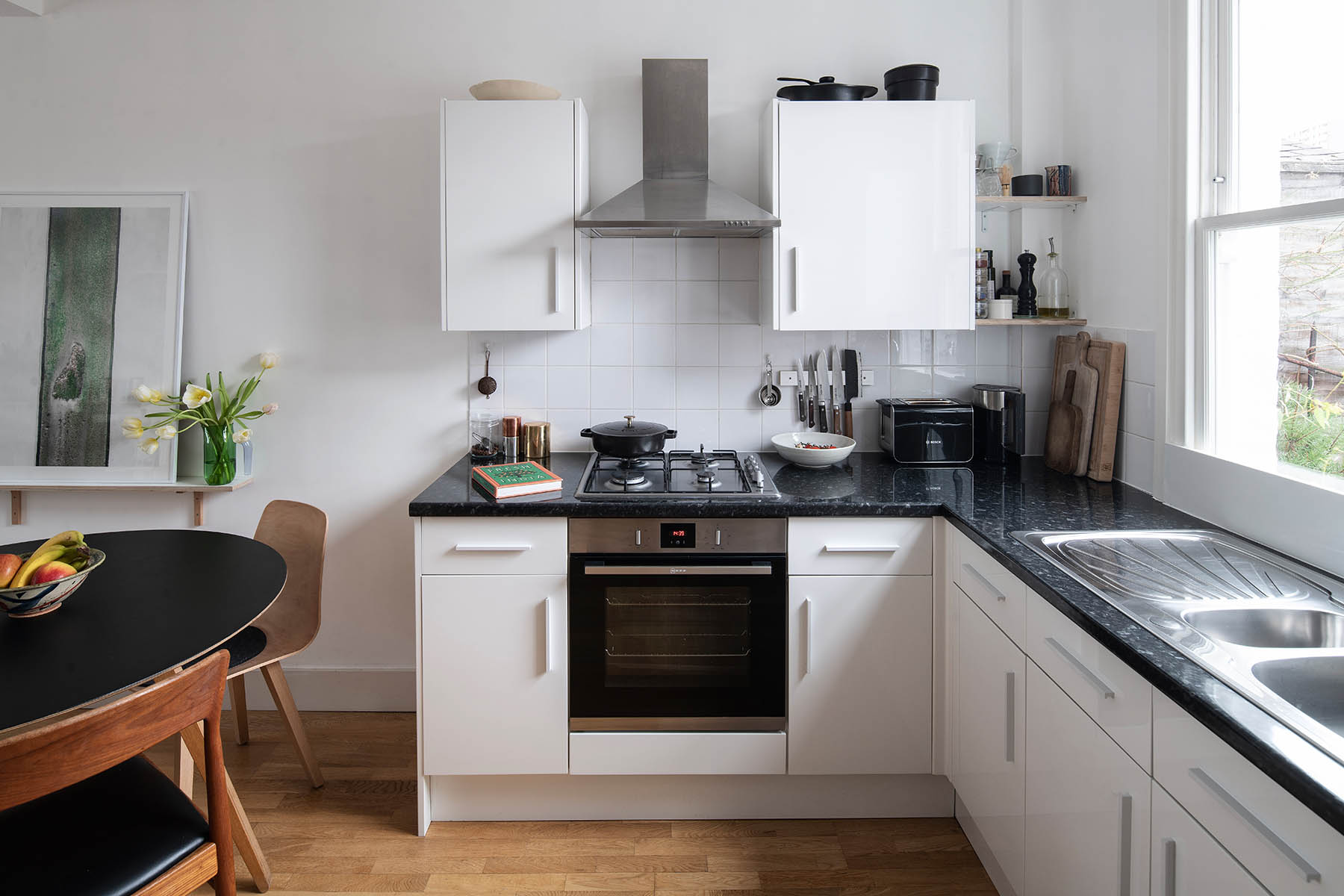 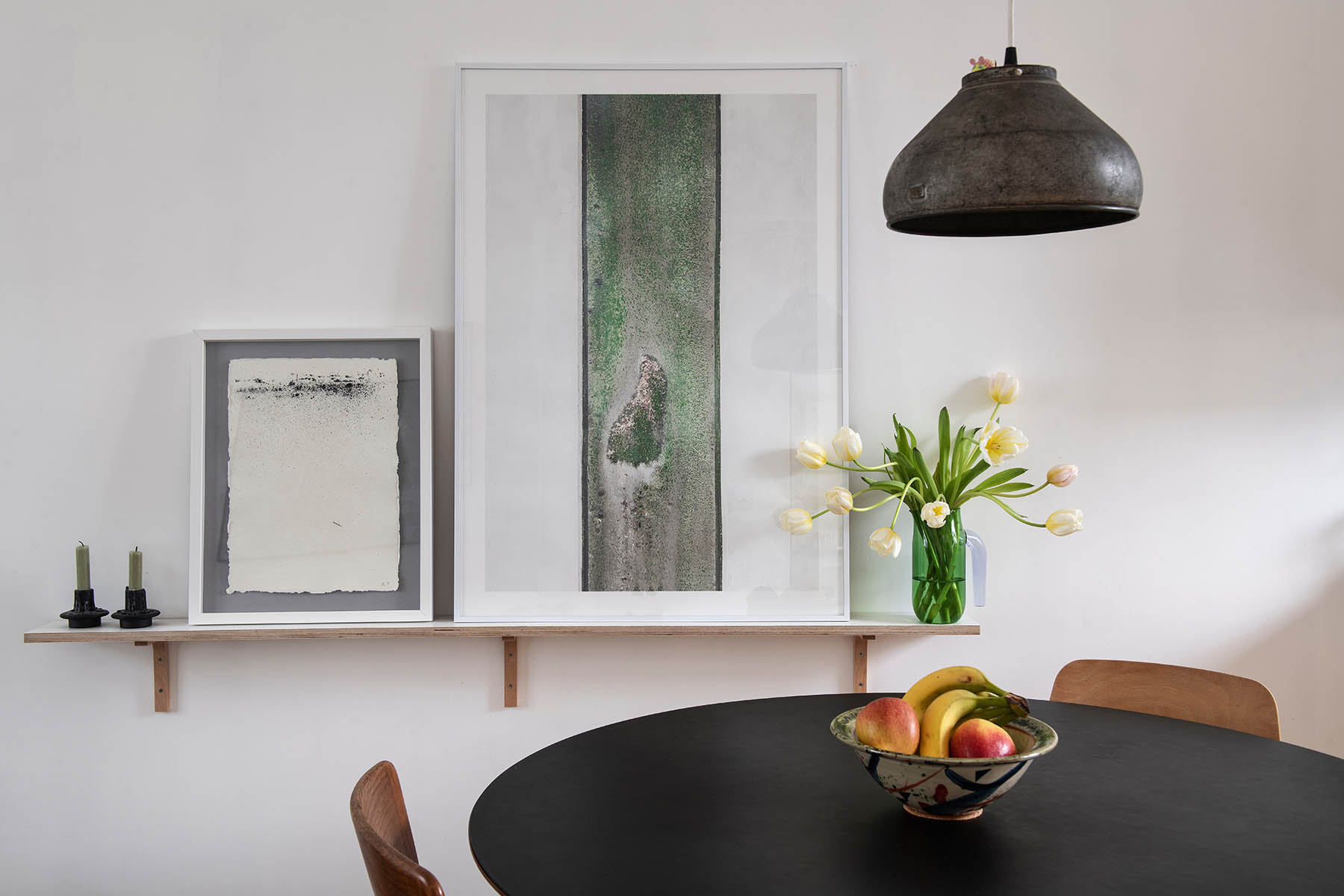 The current owners brought more light into the property by adding a sash window as you ascend the white wash wood stairs to the second floor (top floor). The main bedroom is a very generous double room with ample space for storage and two large windows overlooking Temple Street. The 2nd double bedroom is well proportioned and makes a great guest bedroom and home office. Both bedrooms feature wood floor boards. 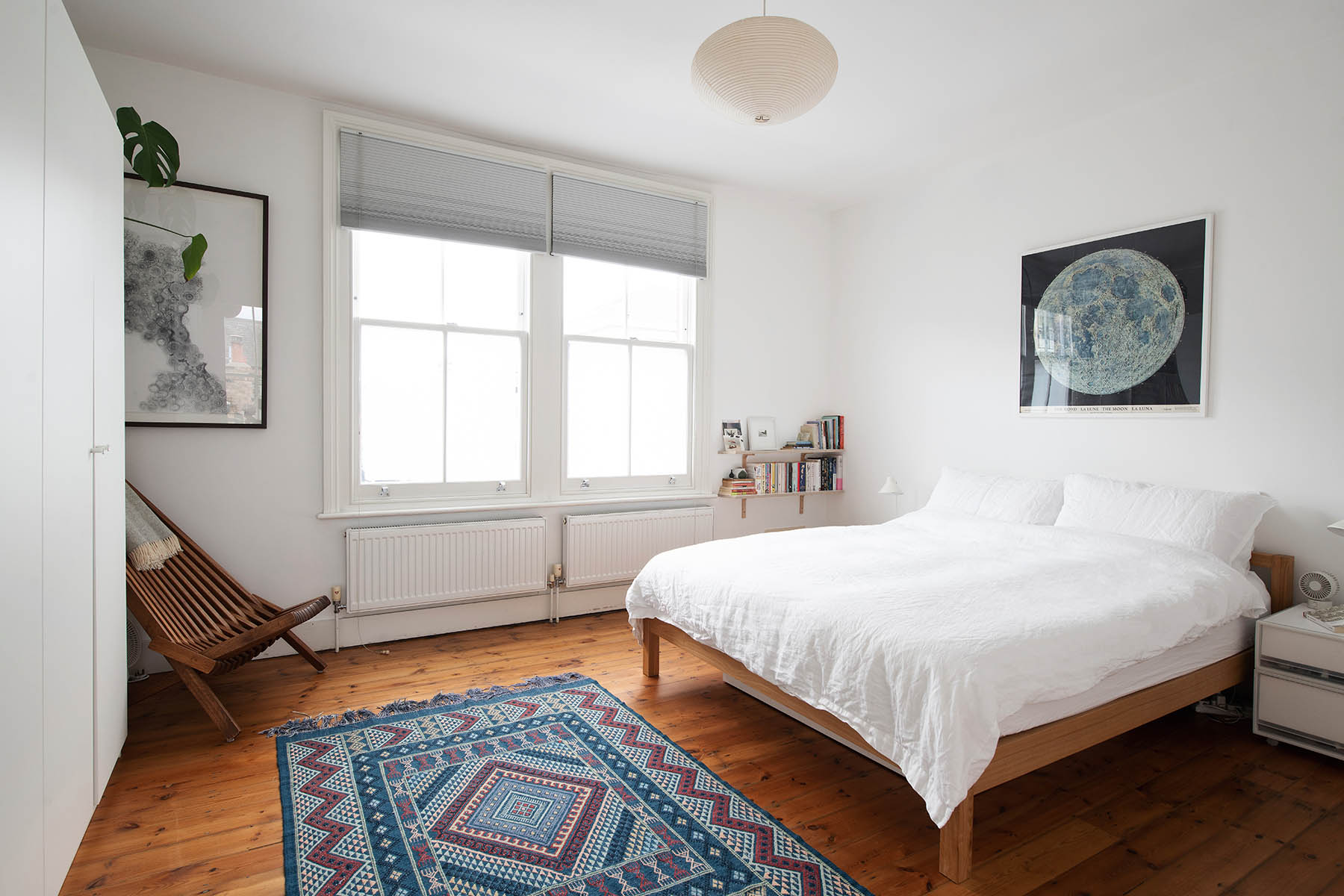 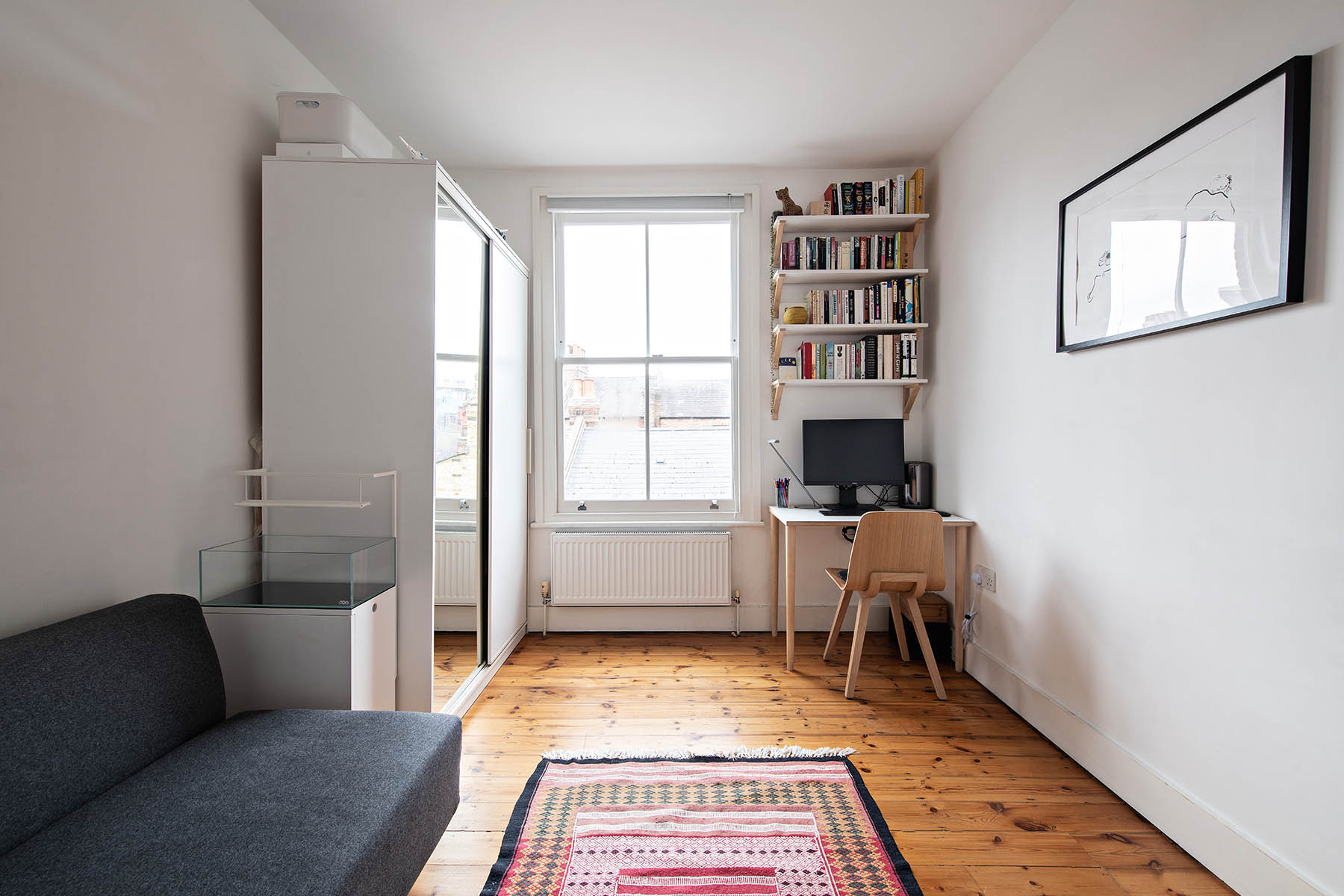 Temple Street forms part of The Winkley Estate, a small area of distinctive late Victorian development: Four blocks of old terraced houses between Temple Street and Teesdale Street which were demolished by Henry and Charles Winkley for their redevelopment. The Winkley Estate was built between 1898 and 1904 and combined three types of residential accommodation with three small factories, numerous cabinet makers' workshops and shops on Old Bethnal Green Road. The four blocks of buildings were designed to be a community in miniature, providing homes, jobs, shops and services in various forms in close proximity. Many of the original architectural details of the terraced houses, dwellings, factories workshops and shopfronts have been retained and these give the area a very special and well preserved character.

The maisonette occupies an enviable position on the Bethnal Green/Hackney boarders, the surrounding area is brimming with independent coffee shops, acclaimed restaurants, quirky bars and exclusive retailers, notably on Columbia Road, Hackney Road, Brick Lane, Redchurch Street and Broadway Market. Some of the immediate hotspots include: The Common, Ozone and The Marksman. The property is within easy reach of the green open spaces of London Fields, Victoria Park, Haggerston Park and Hackney City Farm, as well as The Regent's Canal towpath and London Fields Lido. Nearby transport links include Cambridge Heath Overground Station and Bethnal Green Underground Station. 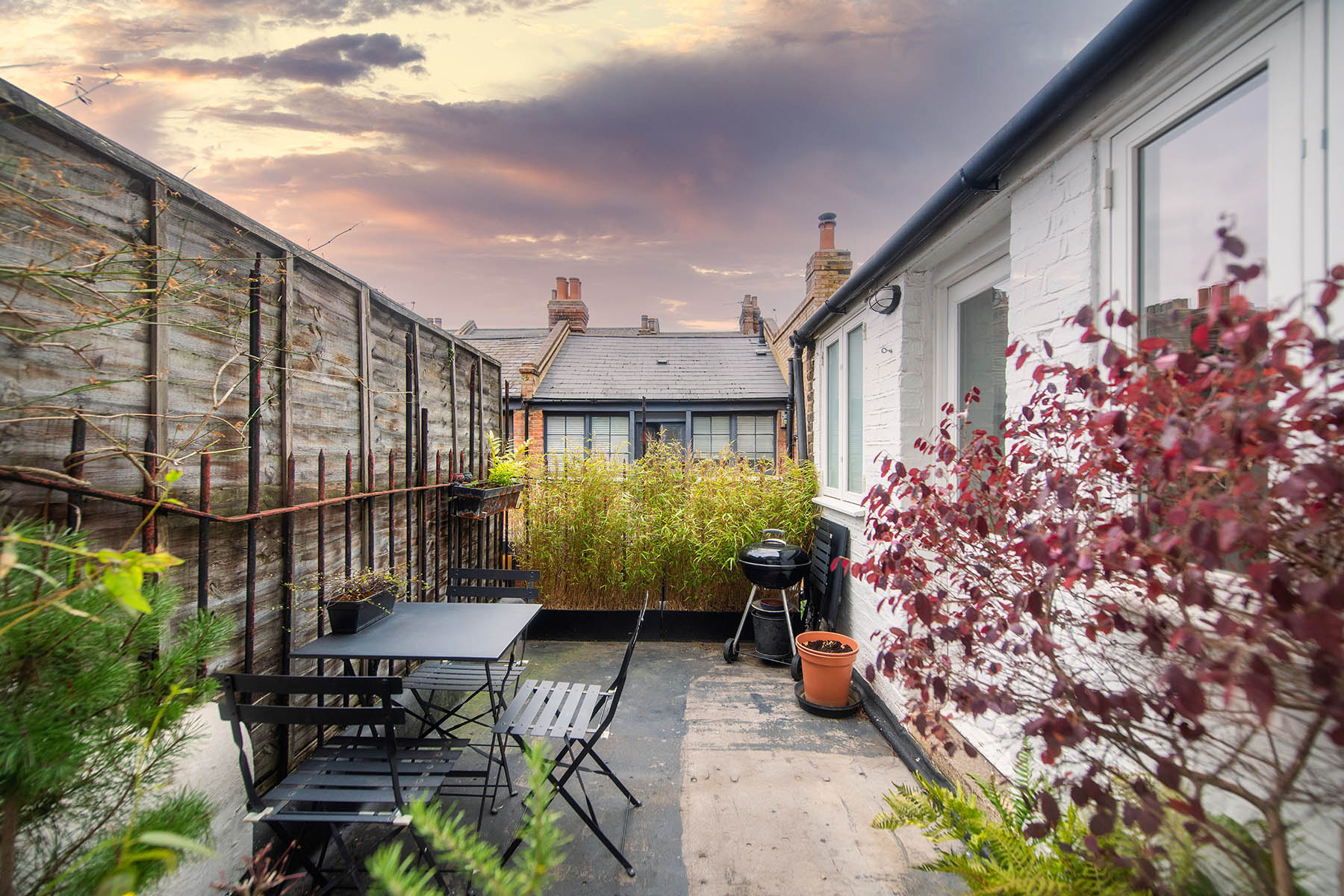 Bordered by two big green parks and just a stone’s throw from the City, this buzzy neighbourhood is a mixing pot of old school East Enders and young professionals. Long standing cafes and pubs sit alongside cool cocktail bars and fine dining restaurants. There is a thriving arts scene here too, largely pioneered by Maureen Paley and Calvert Avenue is one of the neighbourhood’s best kept shopping secrets. Be sure to check out Bethnal Green if you’re a fan of eclectic neighbourhoods and easy commutes! 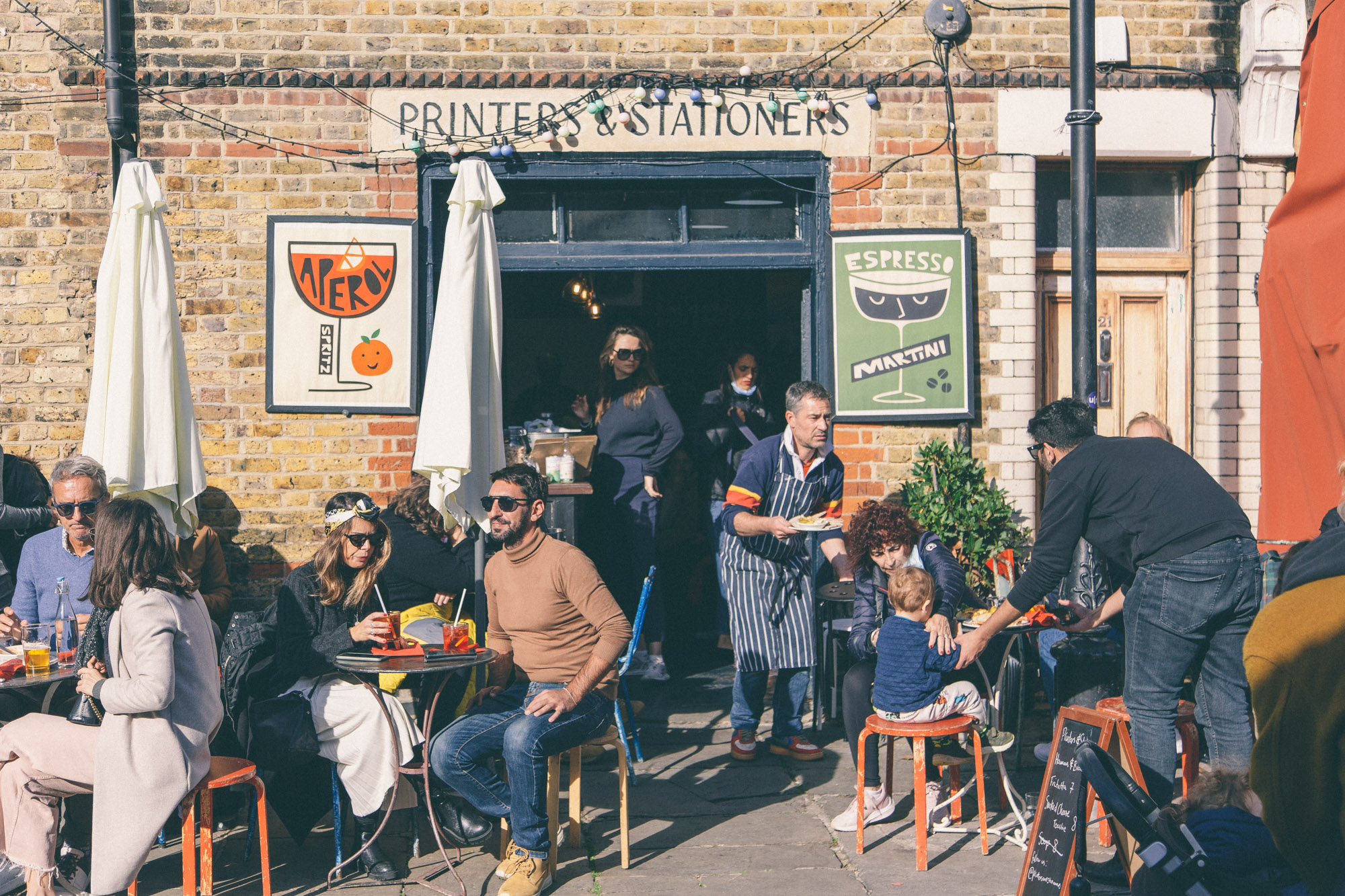 Printers & Stationers - A specialist wine shop and bar hidden away on Ezra Street.

We know the East.
Let's talk.